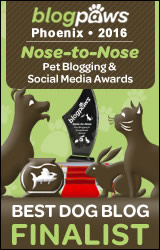 Visiting The Islands of Folegandros, Greece With a Dog

After our wonderful stay on Santorini (a.k.a. Thira) our fearless Captain Toby took us out for a four hour sail to a very little known island called Folegandros. According to that all knowing source of information called Wikipedia:  “…little is known about the ancient history of Folegandros. Its inhabitants were Dorians. Later it came under Athenian rule. The island was conquered in 1207 by the Venetian Marco Sanudo and remained […]